This is  a portrait session for a good friend from the past,  his name is Petros Manganaris.  Our friendship began in 1998 where a year later I decided to buy a synthesizer. It was the time that I thought I would become a musician 🙂 Petros was excited by that electronic sound and told me: “Well, I want to learn making some music with this stuff too!” What followed is that I stopped to deal with electronic music while Petros (well know as Echonomist ) continued to work with synthesizers and computers and now he’s one of the best dj’s-producers-musicians of electronica scene across Greece and one of the upcoming in Europe. He performs in the best club’s and festivals in Greece and Europe.

Check out his pages and his music: 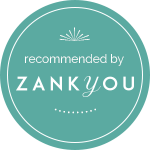 FEATURED ON
See our
profile for
George Elianos